It’s always interesting to get individual opinions when it comes to food, and especially when it comes to wings. Drums or flats? Fried or baked? smoked or grilled? Bleu cheese or ranch? Heat or no? The answer to all of these questions, of course, is “YES!” But the question I’d like you to ponder is do you like your wings breaded or naked?

It’s a very interesting question for a few reasons. First, the “traditional” buffalo wing is not breaded. Not ever. And second, long before buffalo wings ever became a thing we ate fried chicken. Fried chicken that is breaded. Always. Think KFC. 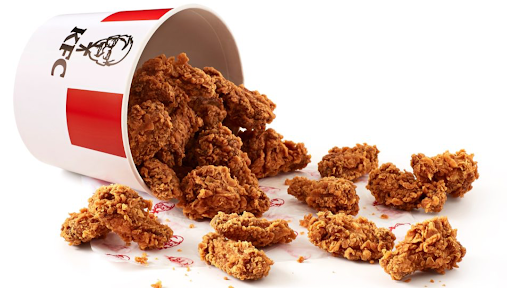 So, let’s start this conversation by wondering why a restaurant would bread its wings. Clearly, non-breaded would cost less (no breading). There might be a few reasons. One reason to bread wings is that it makes them appear larger. A tiny little wing (see Dominos) almost looks like a grown up wing when you add a breading. 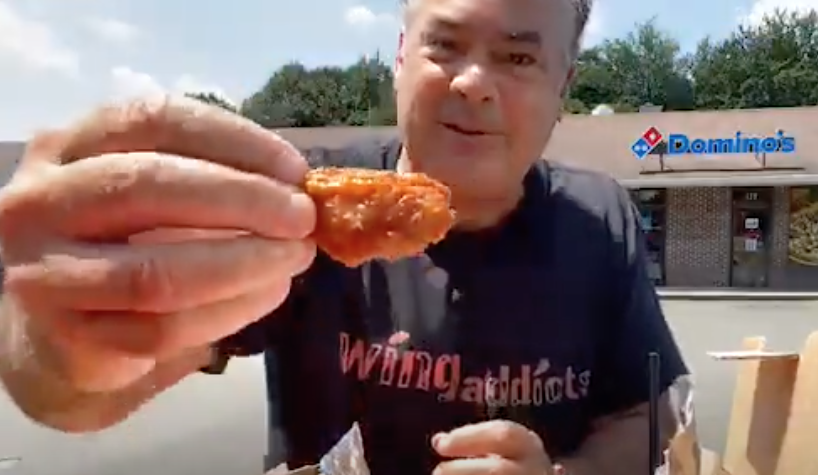 You don’t normally see restaurants breading the large jumbo wings because then they look like dinosaur wings or actual fried chicken. The one exception we found was a place in Monroe, CT called The Firehouse Grill where the wings were jumbo, breaded, and flavor out of this world. We didn't come close to finishing. * Click on the photo for the YouTube episode. You honestly won't believe how huge these wings were! 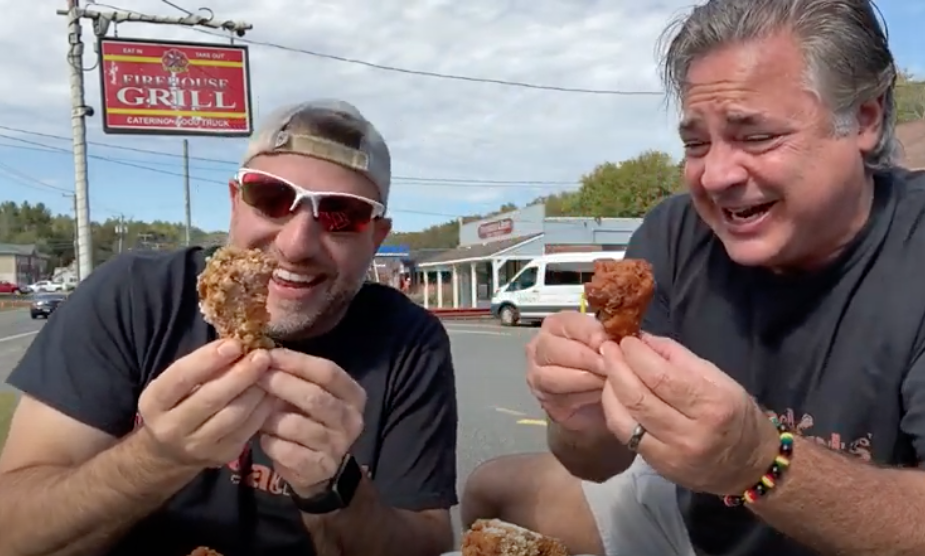 I don’t have any facts to base this next statement on, but since chicken wings aren’t a money-making item at restaurants, a breading on the wings would probably make customers thirstier. In a case where wings are put out for happy hours, a breading would also make a customer fuller faster.

On the plus side, because we’ve had several breaded wings that we actually enjoyed very much. A breading seals in the juices and makes the chicken more tender. An actual breading would entail flour, an egg (or buttermilk) wash, and then bread crumbs of some sort. This is similar, again, to a fried chicken recipe or a breaded chicken cutlet. So not only does the breading allow the wing to be tender on the inside, but it also makes it crunchy on the outside. Many people like their wings crunchy, which is difficult to do without a breading unless you really cook them extra well done. (Which you can always ask for). 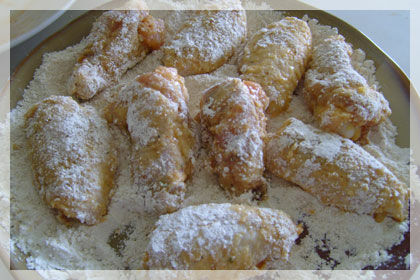 The breading also brings out the flavor of the wing sauces significantly. That breaded coating absorbs the flavor and holds it until it reaches your lips. Many places prefer to dredge their wings. Dredging consists of rolling your raw wings in a flour or cornstarch before cooking. This also seals in the moisture of the chicken skin and creates a moist and tender wing that’s crunchy on the outside. (That’s the first time in my life I’ve ever used the word “moist” twice in a sentence).

Going back to KFC, their menu offers wings in Plain, Honey BBQ, Buffalo, and Nashville Hot. All four flavors are breaded and fried. At Hooter’s, arguably the very first national wing chain in the US, you can have your choice; breaded or naked. 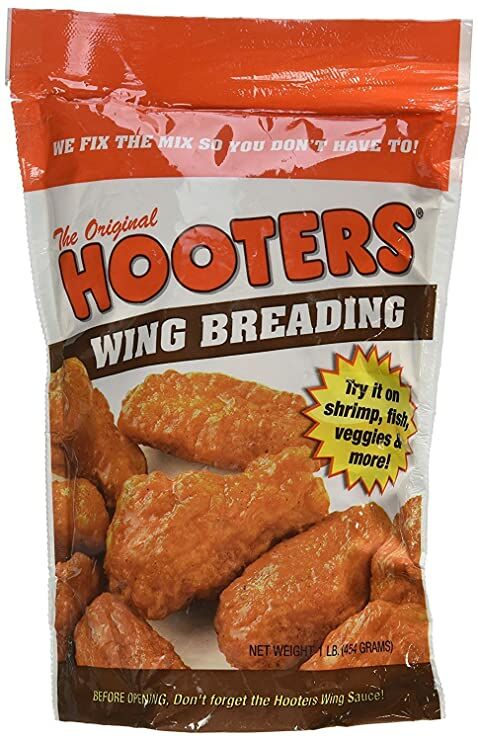 But ultimately, the decision "to bread or not to bread” is not made by William Shakespeare. It’s almost always the preference of the chef.

Previous To Hab and Hab Not
Next Are YOU a Wing Master?